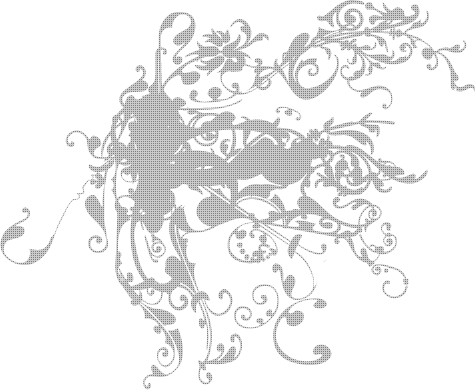 & MOKKA VIENNA
comes the one and only world-wide patented
CHICKENS SUIT®.

A PIECE OF FREEDOM
“A gadget that no one needs but everyone wants to have”, the ChickensSuit® website promises no more and no less than a “piece of freedom”. the entire world should take part and enjoy this product from a Japanese-Austrian joint venture.

In the future, The ChickensSuit® will outfit the old, familiar house chicken, and future clothes will naturally be offered in different sizes and available in the color combinations red-white, in each case the piece being inspired by the flags of the two countries, Japan and Austria, including one warm corduroy outfit, as well as two disguise versions:  in camouflage or as hair fur.

The first collection will finally be presented during the world exposition, which takes place in 2005 in the Japanese Aichi, in the rural surroundings of the city, Nagoya. Across the catwalk of the Austrian Pavilion, 20 Nagoya Kojin chickens will walk in the ChickensSuit®, which are bred exclusively in the region around Nagoya - in Japan as a particularly noble, large-grown and resistant chicken race which is as equally treasured as is readily eaten.

There is also a film to be viewed with the chicken models in the fashion show, in which the Austrian chicken, Erni, wears the different suits in each appropriate setting at particularly impressive Viennese scenes including the Gloriette and the Golden Hall of the Musikverein in Vienna. Edgar Honetschlaeger, who is staging this fashion revolution jointly with William Mahringer, is even mercilessly consistent with the choice of the soundtrack for the film as he is with the fashion show:  Hence, only Mozart’s compositions are appropriate so as to make the purchase of the ChickensSuit® even more convincing to the world public.

Using irony, the artist filets his project step-by-step, detail-for-detail as he exhibits the on-going program of progress and the industrial-cultural product display of such world expositions for a world public.  And Honetschlaeger is not the first artist from Austria who equally makes an irony of the happy message of progress at an expo in Japan while also exhibiting it.

The main theme of EXPO ‘70 in Osaka was “Progress and Harmony for Mankind”; where improvement suggestions for more joy in life were to be presented, as well as for a better utilization of natural resources, for a more harmonious coexistence and more efficient organization in life. Rudi Gernreich, born in Vienna in 1922, and emigrated to Los Angeles in 1938, was invited to Japan so that he could realize his revolutionary unisex project.

A woman and a man were shaved bald, all body hair was removed. The pair wore identical articles of clothing in each case:  both either in a bikini or also in a mini skirt without a top. For the cool season, the designer conceived a knitted pair of overalls with a turtleneck which could be pulled up to the nose, hair helmets from Vidal Sassoon were intended to provide protection against cold weather, colored contact lenses would protect against harmful environmental influences if necessary.

“Time Pieces”, broad wristbands with a time function, connected these androgynous entities to the desired time system.  The provocative message was also received and promptly carried by the world press. Thus, for example, in the German magazine “Stern” an expert  feared the extinction of mankind, because he thought humans, who exhibit themselves like this, could possibly no longer develop sexual interest for each other. In this ironical and nevertheless serious project, Gernreich wanted to reveal, what in a culture is understood as female, and what is male.

Edgar Honetschläger’s world citizen is no longer the androgynous human, who crosses gender borders, but a chicken in a custom-made suit, outfitted with national emblems of the Japanese and Austrian flags or also adorned in camouflage, ready to launch the global advertising campaign of the ChickensSuit®. The future world company will be oriented towards “Nature’s Wisdom”, at least this is the preferred slogan planned for Expo 2005.

In the past 20th century, the world experienced a fundamental transformation. The rapid advancements in science and technology led to the fact that humans, goods and information are in a constant state of change. This world exposition is now intended to create the condition for the lasting and harmonious coexistence of all living things on earth: a global perspective, in which the different cultures and civilizations live together peacefully.

There is a call for a “Grand Intercultural Symphony”, for the harmonious interaction of the different voices – “to produce a wondrous fabric for the world”.  It is therefore hardly a surprize if the impressive tusks of a mammoth, which are exhibited in one of the central pavilions, turn out to be the icon of such a world view.

Not the history of technology, but rather geologic history becomes the reservoir of history for the ideas of present and future scenarios. The fact that these scenarios can also exist without technology prove robots to be slaves, who perform their programmed services everywhere at the Expo grounds. In addition, Expo 2005 displays that the idyll of a technology in the plight of nature which supports the well-being of a harmonized world community is not as easy to comprehend in plausible panoramas and adventure worlds, which can be focused in a close-up that is similar to reality.

Thus, the household robots and mechanical grandchildren unfold their artificial life before the background of global landscapes and international objects of interest, which are called “objects of beauty that mankind possesses” as stated in the mission statement of Expo 05 and exhibited in the various domestic industrial fairs. But this world, which panoramically unfolds here, is not a world that is open to all and serves everyone, which is illustrated in the end by a differentiated consumer offer with limited access.

With his ChickensSuit®, Edgar Honetschlaeger and Wilhlem Mahringer expose the alleged “world community” as a tough world market, in which only those succeed who consume. Finally, the artist promises to deliver a proper “piece of freedom” with free delivery.
Brigitte Felderer